CHD Awareness Must Read; "Miracle is his daily grind"

"...after hours of surgery, this child’s heart, stitched up and restarted, might well beat once again, sending blood and life and a future to a body that earlier this day was dying. What happens when you see this is something both unreal and hyper-real. It’s something awesome and emotional. Something spiritual. You feel small." 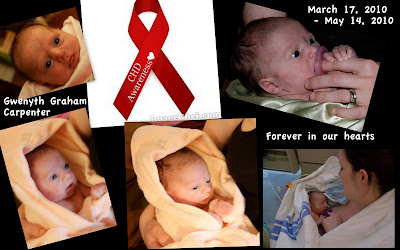 --
This is a well-written feature story on a pediatric heart surgeon . It deserves to be read in full (I strongly encourage it). But, as I know, time pressures abound for all - I attempted to capture some of the most breath-taking parts. Enjoy!
---

"They keep it meat-locker cold in the O.R. It smells of sterilizing chemicals. The bypass machine, a maze of tubes and tanks, whirs quietly next to another machine that keeps the temperature of the patient’s blood below freezing, inducing hypothermia. It hums like a refrigerator...

Every heart surgery has four basic steps. The first involves opening the chest by cutting through the breastbone. Step two is getting the patient on bypass. For a surgeon to open up a heart, he or she must stop it, requiring a machine to then circulate and oxygenate the body’s blood. They call it bypass because the surgeon will insert tubes into the aorta and the inferior and superior vena cavas that will divert or bypass the blood away from the heart. Step three is stopping the heart and repairing it. Step four is getting off bypass and sewing everything back up.

Each step takes considerable time, and each has its particularly tricky moments. Choosing the size of the bypass tubes is one such moment: a tube that’s too big could damage the artery or vein, while one that’s too small might hinder bloodflow. And moments before you begin the bypass, the patient must be given blood thinners, which means from that point on any cut or puncture will be much harder to stop from bleeding uncontrollably.

Once the patient gets on bypass, the room goes totally quiet. The monitors that had been softly beeping go mute, and after an injection of potassium into the surrounding coronary arteries the heart very suddenly ceases beating. Now, with one quick movement, Fraser slits it open.

Even though he’s seen the insides of hundreds of hearts and has seen many scans of this one, Fraser can’t know exactly what he’ll find until he looks inside. No two hearts are exactly alike, and when dealing with congenitally defective hearts, anything is possible.

It’s easy to take for granted nowadays that doctors can open up a heart and fix it. The novelty of open-heart surgery has faded in the decades since it was first done. What was once a rare and brave new medical enterprise is now an everyday one. It’s not that it’s no longer impressive — it’s just not surprising anymore.

Yet something happens the first time you peer into an infant’s open heart, formerly beating, currently stopped, while a surgeon manipulates its innards, correcting with scalpel and stitch what went wrong when some tiny strands of genetic coding crossed. The sight defies belief. This isn’t a real 5-month-old on this operating table, with its chest sawed open and its strawberry-sized heart sliced down the center — it can’t be.
But it is. And not only that, but after hours of surgery, this child’s heart, stitched up and restarted, might well beat once again, sending blood and life and a future to a body that earlier this day was dying. What happens when you see this is something both unreal and hyper-real. It’s something awesome and emotional. Something spiritual.

Standing there, looking down into the atria and ventricles, the enormous scale of the operation hits — and the stakes. Hearts aren’t meant to be seen. When they are, it usually means someone has died or might soon. As far as treatments go, heart surgery represents the nuclear option, a bold final effort to save a life by bringing it to the brink of death. The risks are high...

Three steps completed, one still to go. Getting the patient back off of bypass is no easy matter, and in a way it’s a moment of truth. The heart opened, the fix made, and the heart closed back up, this is the first chance to see whether it will work.

The heart is restarted. It’s beating fine. Fraser instructs the perfusionist, the person who runs the heart-lung bypass machine, to reduce bypass to 90 percent. “Yes, sir. 90 percent.” All’s OK. Then 80 percent. Something beeps in the background. Now 70 percent. More beeping. Fraser looks thoughtfully at the heart. The beeping gets louder, more urgent. Something’s not right. Fraser looks down again, then back up at the monitor. The patient’s vitals are falling. “Go back on bypass,” he says.

A great many people have arrived in the operating room. Some had been here earlier and left. Others are new. The atmosphere has turned tense, and everyone’s alert at their stations.

The patient is safely on bypass, but Fraser’s perplexed. “I’m not understanding this,” he says, between looking up at the monitor readings and checking around the heart. He’s wracking his brain. The minutes crawl by.

Every time they try to back off the bypass, the patient responds poorly. The problem doesn’t appear to have to do with the heart, which is beating fine. Apparently the lungs are to blame.

Fraser seems mostly frustrated at not being able to do something. There doesn’t appear to be a surgical fix for the problem, so he must stand there, his hands restless, watching the monitor, hoping in the seconds between each update that the numbers will improve.

As the minutes turn to half-hours, the experience drives home what an audacious idea the notion of heart surgery is. There’s no such thing as a minor surgery. It is risky, intrusive, Promethean work trying to fix what nature got wrong. And even the very finest surgeons in the world sometimes get stumped.

Fraser tries again to back off the bypass, this time in smaller, slower increments. Ninety percent. Stop, wait. A few beeps and a slight downward slope on the graph. Then steady. Now 85 percent. A few more beeps but no crisis. Slowly, and with caution, they back off the bypass completely, and in time Fraser is satisfied that the patient is stable. He begins the long, slow effort to stitch up the child’s chest and wire shut its sternum. At 6:15 p.m., he finally steps away from the operating table for the first time.

When surgery goes well, and Fraser manages to fix and restart the heart, ease the child off of bypass, and sew up its chest; and when, after eight nonstop hours of intense concentration, he finally steps back from the operating table; and when, hours later, the infant opens its eyes and sees its parents’ faces, the whole episode seems, in a word, miraculous.

For Chuck Fraser, this is why he became a surgeon. It wasn’t just because he had the brains, the hands, and the constitution for surgery. It wasn’t for fame, prestige, or money. He became a surgeon for those moments afterward when it becomes clear that a child’s life has been profoundly changed. “I became a surgeon because the results are immediate,” he says. “I became a children’s heart surgeon because the results last a lifetime.” It’s what gets him up every morning, what sustains him through emergency weekend-long transplant operations, and what makes the time away from his family worth it. His wife, Helen, says, “It’s the difference between a job and a calling.”

At a little after 7 p.m., he’s just passed the 13-hour mark and Fraser is sitting in his office on the 19th floor. He’s still in his surgical scrubs and hat, leaning back in his chair, elbow on desk, head on fist. He stares vacantly ahead: he’s just now coming down from the adrenaline high. Far from a hero’s welcome, several dozen e-mails await him, and he expects an hour of paperwork still ahead.

Shortly after 8 p.m. Chuck Fraser turns out the lights in his office. His secretary has long since left. He bids the crossing guard good night as he walks back to his suburban and drives his tortuous route home.

What amazes someone when this miracle is his daily grind?"

Yes. I'm just letting music and lyrics (that don't honestly relate based on what the writer was probably thinking) but, they relate ...